nl
BikeFair
Sell a bike
Back

Basic tips and tricks that you need to know to get your cycling journey started. The Dutch way.

Coming to live in the Netherlands and looking to start cycling? Smart choice! Cycling in the Netherlands is the absolute best way to commute and discover the country. However, if you are coming from a country where cycling is mostly a health-hazard, you could have doubts and worries about pulling it off, Dutch style. Here are some basic tips to get you started on your journey to cycling mastery!

Believe it or not, you do not need to wear a helmet when biking in the Netherlands. It might seem counter-intuitive, in a country as obsessed with order and safety as the Netherlands is. There is a very good reason for it, though – helmets are needed to protect you from the dangers of biking, and in the Netherlands, biking is simply not that dangerous. If anything, the Dutch Cyclists Union stated that mandatory helmets for slow, everyday rides would actually damage society’s health and well-being. Now, if you want to feel safe or wish to go the extra mile to keep you child safe, you are more than welcome to do so! Just rest easy that wearing a helmet is something for you to decide!

2.Do cyclists have to signal?

Yes, cyclists do have to signal. Any driver knows the feeling of a car in front of you deciding to switch lanes due to star patterns and wind humidity, and it is not a pleasant one. Well, cycling isn’t any different, and you should always indicate if you are going to turn – if you want to turn left, raise and hold your left hand horizontally, fully outstretched, and the same for turning right – only with your right hand. Not only is this simply good bike etiquette, signalling is actually required by law. So, don’t be that annoying driver, and turn on that blinker.

3.Is it illegal to carry a passenger on a bicycle?

No, it is not illegal to carry a passenger on a bike. Everyone has a friend who is a health hazard on a bike. Cycling is fun and accessible for everyone, but it is just not meant to be for some. If you have a friend like that and you need to quickly make it to a borrel across town, feel free to carry a passenger or two at the front or back of your bike. Keep in mind, though, that if you are planning to carry a child under the age of 8, you will need a special seat fitted on your bike.

4.Are you allowed to use your phone during cycling?

No, you are not allowed to use your phone during cycling. Late for an exam and planning to catch up with notes on the go? Or, perhaps, hopelessly lost and in need of GPS to guide you? Bummer, but a phone is a no go while biking in the Netherlands. Just like when driving a car, being distracted by a phone while cycling endangers yourself and others on the street. Those who just cannot live without constantly being in the loop will have to pay a 95 Euro fine. The Netherlands is a beautiful country full of picturesque views, so put the phone away and enjoy the ride, it is really worth it.

5.Are you allowed to cycle with headphones?

Yes, you are allowed to listen to music while cycling. Counter-intuitively, even though you are not allowed to use your phone, blasting your favourite tunes while cycling is totally ok. Cool, even. And if a boring song somehow made its way into the playlist, you will have to safely stop and only then pull your phone out to change it, as operating a phone while cycling is still illegal. Tough life. 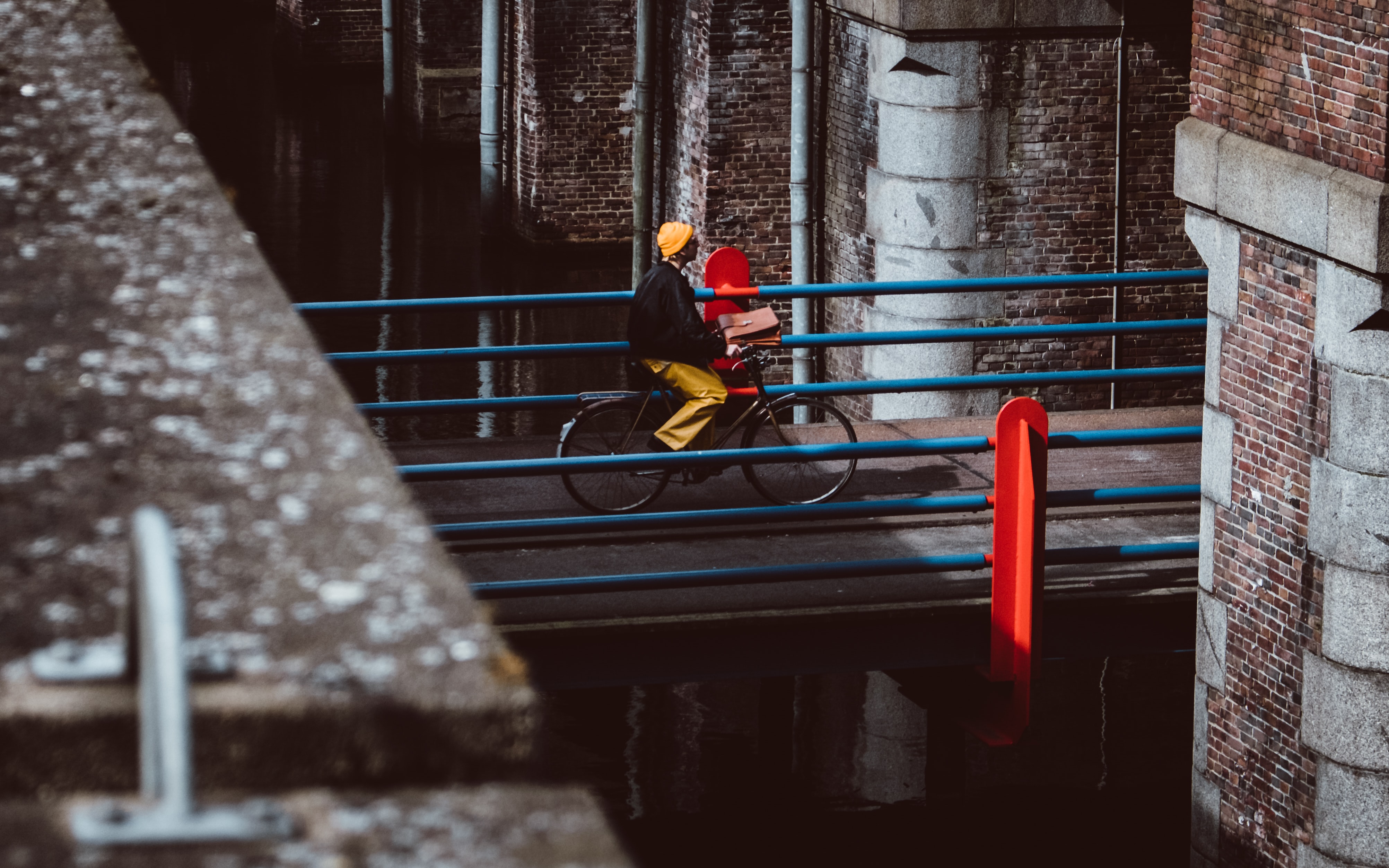 6.Do you need a licence for biking?

While biking in the Netherlands is comparatively highly regulated and there are dedicated laws to follow when cycling, you do not need a licence to hop on a bike. If you are the kind of person who prefers more speed and less effort and plan to use an e-bike, however, you will need a licence. If you already have a regular old driver’s licence, you are good to go. Otherwise, there is a separate, easier to obtain licence for mopeds that qualifies you for riding an e-bike. Some effort will, unfortunately, be needed after all.

7.How fast can you bike?

As fast as you can. No, really. There is technically no speed limit for bicycles. That is because you cannot be expected to have a speedometer on a bicycle to track your speed. Besides, it is kind of hard to get that black grandma’s bike to go dangerously fast, and if you can do that, you are in a league of your own, and laws have not foreseen you. E-bikes, however, are once again an exception. Some of these bad boys can go as fast as 45 km/h. Those are required to have speedometers and there are limits in place to make the roads safer for everyone – 45 km/h on roads, 40 km/h on combined bicycle/moped paths outside cities, and 30 km/h on combined bicycle/moped tracks inside of cities.

8.Can you ride a bike drunk?

No, you cannot ride a bike drunk. One of the first words in Dutch that you will learn will most likely be “borrel”. The second, most certainly, will be “proost!”. Given this Dutch affinity for drink and merriment, you would be forgiven for imagining a fleet of drunk Dutchmen flying home on their bikes after Friday night’s beers, but you would be wrong. It is illegal to ride your bicycle under influence in the Netherlands, and while a high-octane bicycle chase with the police through the quiet night canals sounds like an experience of a lifetime, you’d better be prepared for a hefty fine afterwards – drunk cycling warrants a fine of 140 Euros, at the minimum, and it will be higher if you’ve caused danger or harm to others.

9.Can you cycle on a sidewalk?

No, it is illegal to cycle on a sidewalk. While the rest of the world’s cyclists feel the safest on the sidewalk, away from unforgiving roads ruled by the cars, the Netherlands is, quite literally, built different. Here, the bikes already have their own dedicated paths, so intruding on pedestrians’ territory is not welcome. For those too nostalgic about veering away from unsuspecting pedestrians, a fine of 55 Euros should act as a nice deterrent.

Imagine a scenario – you are out in the city late in the evening, and a shady guy drives up on a decent bike and offers to buy it for 40 Euros. Great deal, right? No. Most likely, that bike is stolen, and quite recently at that. If you buy a bike like that, you may be legally responsible and have the bike confiscated, on top of a host of other problems. Besides, patronising bike theft is just plain not nice. If you are looking to buy a bike, it is best to do so from trusted and verified sources. Bike shops or online platforms for second-hand bikes are a great place to look. For example, BikeFair is a great platform that specialises in finding bikes new homes while ensuring transparency and honesty for every party involved! Best thing about it? You are already here! Check out the thousands of legal, quality bikes on offer, and you will find one that is perfect for you – and you can get it delivered to your door for free!

These have been just some of the things you need to know when getting into cycling like the Dutch. It is impossible to cover everything, but learning and discovering cycling for yourself is part of the joy! It may give you the jitters, but cycling in the Netherlands is crazy rewarding and the absolute best way to get around. All you need is to start, and you will be cycling like a pro in no time! And, if you are ever in need of a new bike, BikeFair has you covered!

How to choose (and check) a second-hand bike 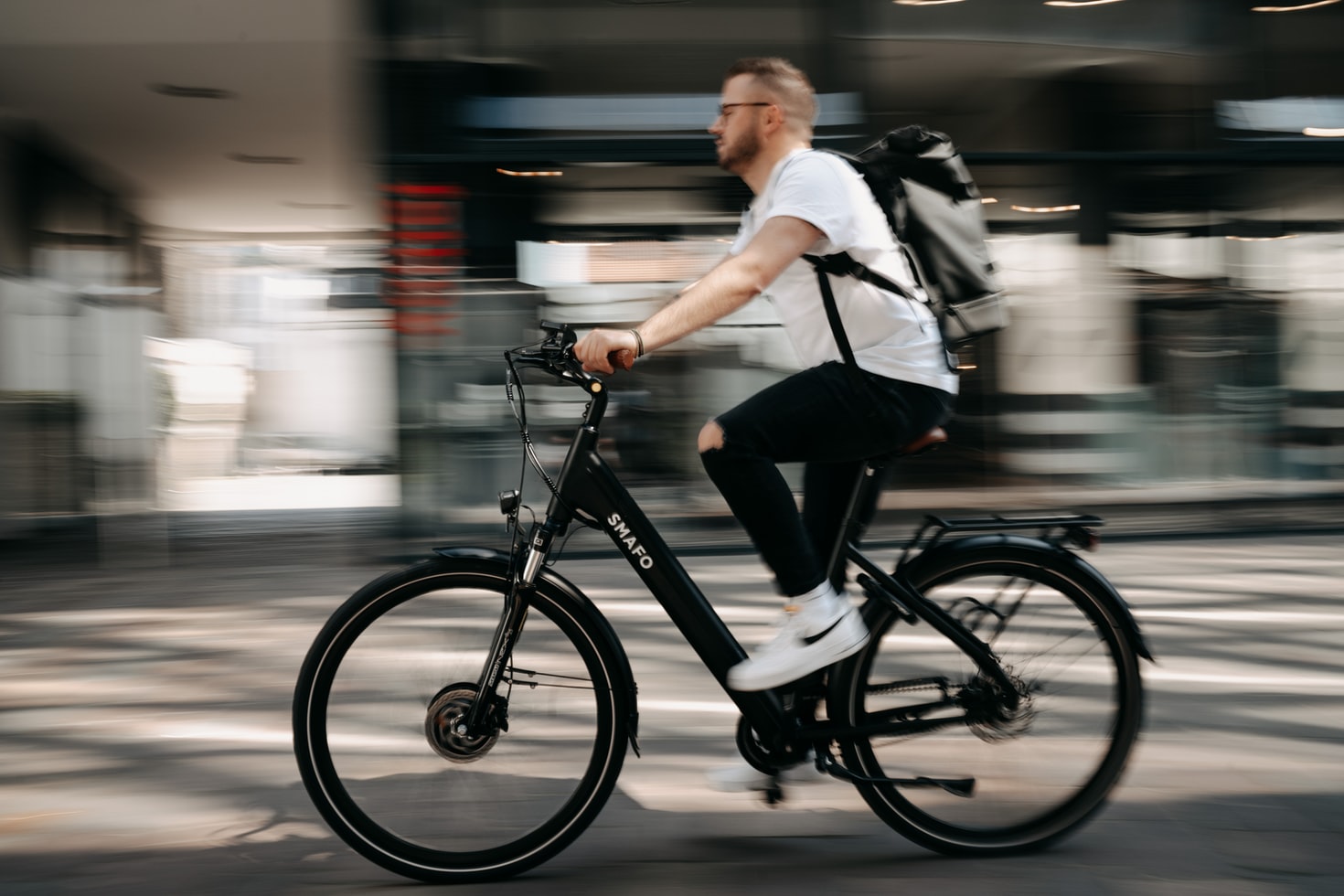 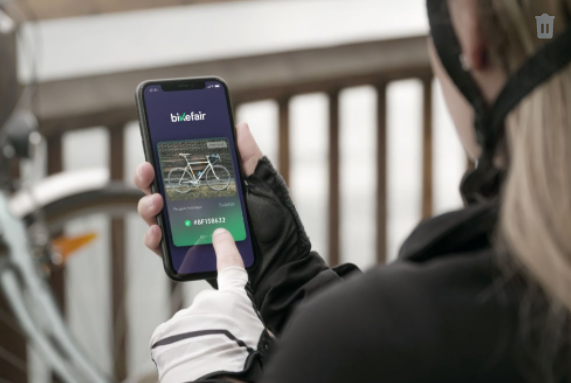